Summer is coming, and it’s time for umbrellas to show their talents. When the sun shines in the sky, the umbrella will provide shade; on rainy days, the umbrella will keep out the rain. A must-have in summer, but an umbrella is a must. This summer, what new tricks have been played with umbrellas, let us take a look at those creative umbrella artifacts that make you fashionable.

There may be many people who used umbrellas as guns when they were young. Now, an umbrella that looks like a gun is on sale. The body of this two-fold umbrella is black, and it looks like a gun barrel when it is stowed. The most important thing is that the handle is designed to look like a Western pistol. If you want to open the umbrella, you only need to pull the trigger. It also has the effect of bullet launching.

The two-fold umbrella is designed to look like a short gun, and the long-handled umbrella is transformed into a “rifle umbrella”. Just look at the name and you can understand that this is a rifle-shaped umbrella, just like a western short-gun umbrella. When you open the umbrella, you can pull the trigger. It can be imagined that on a rainy day, a shot is fired at the sky and the umbrella is opened. How can this scene be “cool”!

Compared with guns, some people prefer cold weapons, it doesn’t matter, these two katana umbrellas will definitely satisfy you. Long-handled katana and short-handled katana, you only need to choose the one that is handy.

These umbrellas are stylish enough. Boys want to be cool, let’s get an umbrella. In addition to these cool umbrellas, small fresh umbrellas capture the hearts of female consumers. There is a tri-fold umbrella, which looks like a cabbage. The color of cabbage is elegant and natural, and it is cool to go out with a green vegetable on a hot day.

In addition to vegetables, fruits are not far behind. No, the banana umbrella is here. It’s a small one bent and placed in a fruit plate with apples and oranges. It’s almost impossible to see that it is an umbrella.

Some people think that umbrellas should not only be good-looking, but also trendy, but also practical. Multifunctional umbrellas can meet practical needs to the greatest extent.

There are about two types of luminous umbrellas on the market, one with luminous surface and one with shank. Most of these light-emitting umbrellas are equipped with LED lights, which are the same as ordinary umbrellas, except that a few more batteries are needed. There are also many upgraded versions of the lantern series. “Even if it rains at night, you can take your dear out for romance.”

If there is an elderly person at home, you can consider buying him a cane umbrella, and there is also a stool umbrella with a “sitting” function. This kind of stool umbrella has a bifurcated design at the handle of the umbrella, which allows an adult to sit on it, and the tail is also designed to have a pointed end that can be plunged into the ground to be more firmly fixed on the ground! 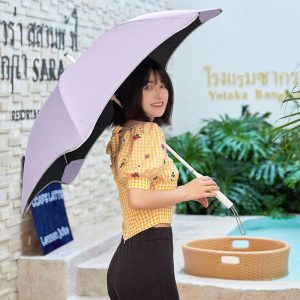 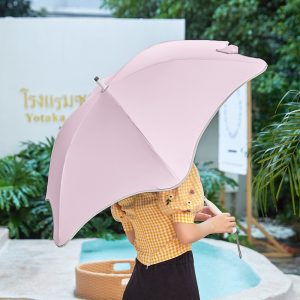