How was the umbrella invented

As early as 1200 BC, the nobles of the Arab Republic of Egypt (Egypt) often asked slaves to hold parasols for them when they travelled. The Romans used umbrellas to block the sun in the Mediterranean. In China, the umbrella was invented by Lu Ban’s wife in 1000 BC, and the umbrella is called “movable house”.
In ancient times, rainy days and hot summers bothered people, and people had to hide under small pavilions and could not go out. There is a legend that Lu Ban built many small pavilions around his neighbours for everyone to use, but still cannot allow people to go out freely in the stormy season. Lu Ban’s wife made a light-weight bamboo pavilion with oiled paper in the style of a pavilion built by his husband at this time-this is of course an umbrella. His wife said to Luban: “The house you built cannot be moved. My umbrella can take it around and provide protection in all seasons.”
In the UK, umbrellas were only used in the 18th century. Banus Umbrellas were used exclusively for women at one time, expressing a woman’s attitude towards love. The umbrella is erected to express loyalty to love; the left hand holds the opened umbrella, which means “I don’t have free time now.” Shake the umbrella slowly to show that you have no confidence or distrust; put the umbrella on your right shoulder to show that you don’t want to see you again.
In the 19th century, men began to use umbrellas.
Because the British rainy umbrella is an indispensable part of British life, it has become a symbol of the traditional British lifestyle, a must-have for businessmen and officials in London, and a symbol of the British-John Bull holds an umbrella in his hand. It is also indispensable in literary works and movies. The Umbrella Museum was established in 1969 in the United Kingdom. Umbrellas have many uses. Umbrellas are sometimes used as weapons. In 1978, an exiled Bulgarian was stabbed with an umbrella tip by an assassin on the Waterloo Bridge and died of poisoning. Some umbrella handles can be sprayed with pepper to prevent evil dogs from chasing and biting. Some umbrella handles have lights to illuminate the path.
There is a kind of tear gas umbrella in the United Kingdom. If you encounter a criminal, you can spray tear gas by pressing the handle of the umbrella to drive the criminal away. Umbrellas can also indicate people’s luck. If the umbrella falls on the ground, don’t pick it up by yourself, otherwise bad luck will come. If you open the umbrella on a sunny day, it means you have brought rain. Don’t open the umbrella in the house, and don’t put the umbrella on the bed.
Chinese oil paper umbrella
The oil-paper umbrella is a kind of paper umbrella originated in China, and it has also spread to other parts of Asia such as Japan, North Korea, Vietnam, Thailand, Laos and other places, and the oil-paper umbrella with local characteristics has been developed in various places. As some Hakkas moved to Taiwan to settle, Chinese oil-paper umbrellas also developed in Taiwan. In addition to being a daily necessities for sheltering the sun and rain, the oil paper umbrella is also an indispensable item in the wedding etiquette. In traditional Chinese weddings, when the bride gets off the sedan chair, Xi Niang will cover the bride with a red oil paper umbrella to avoid evil. . In traditional Japanese weddings, the bride is also covered by a red oil paper umbrella. The elderly prefer purple umbrellas, which symbolize longevity, and use white umbrellas for funerals. Japanese traditional dances also use oiled paper umbrellas as props, and “ban umbrellas” are used for tea ceremony performances.
In the early Hakka villages, due to the homophony of “paper” and “zi”, when Hakka women married, the woman usually used two paper umbrellas as the dowry, one of which means “early birth, precious son”, and the word “umbrella (umbrella)” There are four herringbone characters, which also symbolizes many children and many grandchildren, and the umbrella surface of the paper umbrella is opened to form a circle, and “oil” and “you” are homophonic, meaning to bless the couple to live a happy life. A pair of paper umbrellas will also be given to men at the age of 16 for the same reason.
In religious celebrations, it is often seen that oil-paper umbrellas are used as shelters to be supported on the shrines. This is the meaning of perfection. 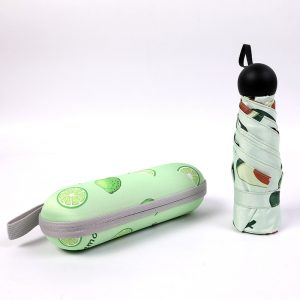 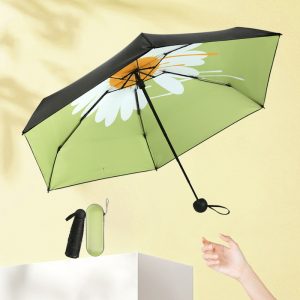