Umbrella’s past and present

0Talk about history, talk about ancient and modern times, and talk about history. Hello everyone, today we will talk about a common daily necessities and take a look at its history. In our ancient China, there were a lot of things or a lot of utensils, with some romantic temperament, the most typical of which should be the umbrella. Until today, when we look at this umbrella, it is very beautiful. Especially for a woman with a classical style, if she is holding a beautiful umbrella, it is very much in line with the feminine and watery temperament of a woman.

The oil-paper umbrella made in the traditional way is full of ancient charm. Especially the various beautiful patterns on the oil paper umbrella, it really makes people think that this is a particularly beautiful handicraft. Therefore, today I want to talk about the history of the “umbrella”.

Before the umbrella, people used “kasa”. “Hat” is the kind of hat-like thing made of straw, but before the “Hat”, there is another thing that can cover and block the sun. And this thing is actually a “lid”, which is a cover on the top of the car. According to the records in “Zhou Li Kao Gong Ji Lun Ren”, there is a wheel artificial cover, that is to say, the person who makes the wheel makes something similar to a rain cover. But we say that the thing made by the person who makes wheels should be solid. It can’t just prevent rain, it can still serve other purposes.

In the “Zuo Zhuan”, there was such a period of history. It was about Wei Gong, letting him hold a rain cover under his hand. Then block the empty space above the car. The purpose is to block the attacks of long-range weapons, that is, to block arrows. Therefore, the rain cover at that time was usually used for sunshade and rain, and it could also be used as a shield during wars. And this “rain cover” should be the earliest invention of rain gear. By the time of Confucius, this rain cover had a new evolution. Because it is not only in the car, it can also be held by hand. There is a record in “Confucius’s Family Talk” called [Confucius is approaching, and all those who follow the orders hold the cover, but the fruit is raining]. What does this sentence mean? It means that Confucius is going out, and then he told his entourage that you all have the covers. It didn’t take long before it really rained. From here, we can know that the “cover” is the rain gear of the time, and it is not only used on the car, but can also be held by hand. But what exactly is this “cover”? Is it square or round? What is not mentioned in the ancient Chinese classics can be guessed. This thing can be picked up when going out, at least it should not be too heavy. In addition, this item was taken when going out near the door, which means that it will not work if it takes a long time to go out. And it can be lifted by hand, which means that the weight should be moderate. Then the weight of this thing is about 10-20 kg. The “cover” should be woven from thatch and used to block rain and snow.

As time went on, a lighter lid slowly appeared. what is this? This is the “li” that we can still see today, that can be taken and taken off. In the “Book of Songs”, there is already a record of “li”. The “li” mentioned here is something made of straw, which is a bit like a straw hat in the modern sense. The appearance of the “Hat” was at the end of the Spring and Autumn Period and the beginning of the Warring States Period at the latest. This “Hat” had already appeared among the people. So is this “li” the ancestor of the “umbrella” we are talking about today?

Speaking of this, we can’t say that this “Ri” and that umbrella are the same, because what? Because the umbrella can be collected, “Ri” is a piece. In addition, this “Rui” stems from the fact that it can be held by hand, and at the same time it is thatch, which is relatively light. As a result, “Ri” slowly evolved from the tools of labor to the furnishings of the kings and nobles. Many aristocrats at that time took this “簦” and matched it with particularly beautiful ornate decorations, and then made it into a kind of etiquette. So, in our ancient China, when did the umbrella that can be opened and closed appeared? It was in the 6th century AD that there was a record of an “umbrella” that can be opened and stored in the Yangtze River basin of our country.

So why did this kind of openable and closeable umbrella only appear in the 6th century? The rain-proof items such as “簦” and “笠” that people used to prevent rain were all made of plant materials. In other words, it takes advantage of the fact that the plants themselves do not absorb water very much, or that they do not absorb water at all, and then take these plants and weave them into such a rainproof rain gear. But these things, if you always open and close, they will easily break. So on the basis of this technology, a new type of material that can be opened and closed repeatedly was discovered, and a deformable umbrella was created. And what is this material? It is “oil coat”. The “oil coat” is to make use of the non-absorbent properties of this grease, and it is processed on paper or cloth.

The principle is to apply oil to a thin material, such as paper or cloth, and then it will be impervious to rain. Moreover, it is very soft and can be folded repeatedly, so it appeared. It can be made into a stretchable and retractable umbrella. This is the origin of the umbrella. However, before the appearance of umbrellas, “oil coats” were made into clothes. Why do you want to make clothes? Because it can free your hands. Everyone feels this way. If you get an umbrella, you won’t be able to work. In ancient times, when the two armies were fighting, you couldn’t fight with one person holding an umbrella. Therefore, in human history, many, many inventions have been made for a universal meaning. Either it is to improve the liberation of productivity, or it is to war. Today, I will tell you all about the history of umbrellas. 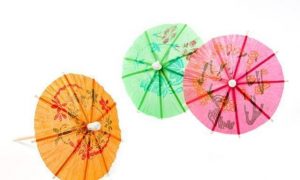 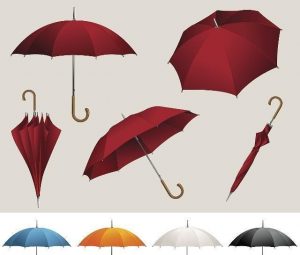