Did you bring an umbrella today?

April 4th is the Qingming Festival in the twenty-four solar terms of our country. “Ching Ming” has the meaning of melting ice and snow, green vegetation, clear and bright weather, and prosperity of all things.

Qingming is not only a solar term, but also a festival. Tomb-sweeping Festival is not only an important festival for us to remember our ancestors and place our grief, but also a bond for the Chinese nation to recognize the ancestors and return to the ancestors, and for emotional comfort. It belongs to the deceased, and it reminds us to better accompany our relatives. On the other side, you can enjoy the spring, go outing and plant the willows, get close to nature and feel the breath of spring, which is to feel and experience new life.

As winter passes and spring comes, the cold air gradually weakens, and the warm and humid air on the ocean begins to move northward. It happens when cold air and warm air meet in the south, so “rainy” weather often occurs. Whether it should rain or not on Ching Ming Festival is not a matter of people’s decision, but is caused by the solar terms. Of course, through rigorous statistics, it is not that the Ching Ming Festival is “rainy”. Most of the South “rains” and occasionally “rains.” “Wow”, in the north, the probability of rainy days during the Qingming Festival is obviously lower than in the south, and the probability in many places is less than 20%.

In fact, the Qingming Festival is not only rainy, but also the weather changes frequently. It is often at noon and the sun is shining. It feels like “warm wind makes tourists drunk.” However, in the evening, the cold air suddenly descends south, making people feel like back. It feels cold like winter. Therefore, there is a saying that “you must bring three seasons of clothes when you go out in spring.” This is the most appropriate metaphor for the changeable weather in spring, so I also remind those friends who are traveling during the Ching Ming Festival holiday to bring a few more clothes.

What are the traditional customs of Qingming Festival?

The customs of the Ching Ming Festival are rich and interesting. In addition to paying attention to fire prohibition and tomb sweeping, there are also a series of custom sports activities such as walking, swinging, cuju, playing polo, and cutting willows. According to legend, this is because cold food and fire are prohibited during the Qingming Festival. In order to prevent cold food and cold food from hurting the body, everyone comes to participate in some sports activities to exercise. Therefore, this festival has both the sad and sad tears of sacrificing the new graves, and the laughter of outings. It is a unique festival. 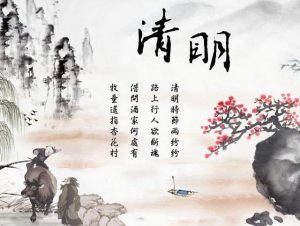 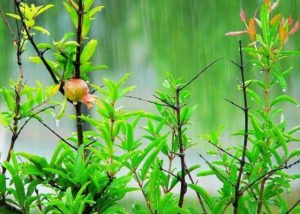